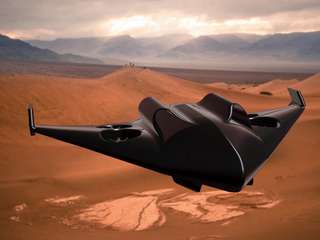 The US military has just invested in the development of a futuristic adav. The Guardian HoverJet is a vertical takeoff stealth aircraft capable of exceeding 700 km/h and landing on water.