Endurance: BMW back to the top with two LMDhs from 2023

The German firm announces its return to the elite of endurance racing by entering two LMDh prototypes in the North American IMSA championship from 2023.

BMW back to Le Mans? Not yet. But at Petit Le Mans, more certainly. Through the voice of Markus Flasch, boss of his M division, the Munich manufacturer is actually announcing its return to the highest level of endurance in 2023. In this case through two LMDh prototypes in the IMSA championship, the North American series of long races.

The German brand will then be able to aim for victory in the general classification on legendary circuits such as Daytona, Sebring et Road Atlanta. What celebrations in perspective since BMW will therefore join Audi, Porsche or Acura, the armed wing of Honda on the other side of the Atlantic.

Before that, the firm has yet to specify on which chassis its two prototypes will be based. As a reminder, the cars of this class have a choice of one of the four hulls offered in LMP2 by Dallara, Ligier, Multimatic and Oreca. Still according to the regulations, the engine will however be home and will be an integral part a hybrid traction chain, the 50 kW electric machine engaged with the front axle being necessarily from Bosch and the battery from Williams.

But the suspense arises above all from the questioning of a possible comeback on a global scale; and therefore at the 24 Hours of Le Mans. The LMDhs chosen by BMW will indeed be able to compete at the highest level alongside the LMHs in the eponymous category of the FIA ​​WEC.

Markus Flasch also leaves room for doubt by specifying that by opting for such a technical solution, “BMW M Motorsport fulfills the prerequisites for claiming victory in the world’s most iconic endurance races. “ Perhaps out of chauvinism, surely out of fantasy, hard not to think of the classic Le Mans.

BMW would then swell the ranks of a premier category already hosted by Peugeot, Ferrari and Toyota. Faced with such an eventuality, then come back fond memories of the 1998 and 1999 editions of the 24 Hours of Le Mans, when the big manufacturers jostled each other in the paddock and on the track to win: Nissan, Porsche, Audi, Mercedes… 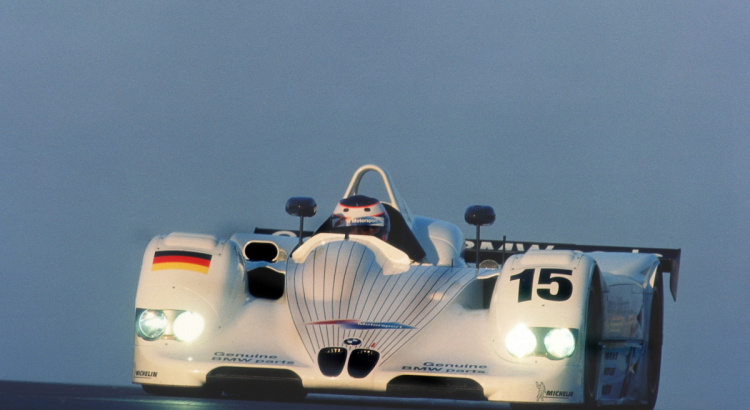 The first and last real triumph of a factory team sporting the propeller dates back to this blessed period, the V12 LMR having distinguished itself thanks in particular, as its name suggests, to to an atmospheric V12 of anthology, block itself derived from that of the winning McLaren F1 GTR in 1995.

So let’s dream a little.

WEC: the Alpine A480, ready to do battle in Le Mans Hypercar