Opel Mokka 2021: which version to choose?

Heir to a model developed under the General Motors era and sold 92,138 copies in France, the Mokka 2 has been completely redesigned.

Designed on a CMP platform used as the basis for the Peugeot 2008 and DS3 Crossback, it is produced in France, on the assembly lines of the Poissy plant.

Chic and compact, with 4.15 meters long, the German is presented as a premium alternative to the Opel Crossland, slightly more family-friendly and taller (4.21 m), but a bit less opulent.

These two models also share their mechanical range, with gasoline and diesel engines. However, the Mokka stands out with a very neat presentation, with a high-tech appearance, and with a 100% electric version.

Competitor of the Nissan Juke, Ford Puma, Hyundai Kona and Toyota Yaris Cross, the Mokka has sold 1,256 units (volume stopped at the end of May 2021) since the first French deliveries, made in February 2021.

The Elegance Business version (from € 24,550) takes all this and adds “hands-free” access-start and connected GPS.

Taking up the equipment of the Elegance, it takes care of its finery with colored 18-inch rims and dark-tinted rear windows, and removes the chrome elements.

This level of equipment also benefits from a sport upholstery, an adaptive cruise control and a autonomous emergency braking operating at any speed.

Our tip: the Elegance, placed above the Access version, already has everything you need. But the GS Line version, aesthetically more dynamic, will be even more reassuring, pleasant to live in and easy to sell. 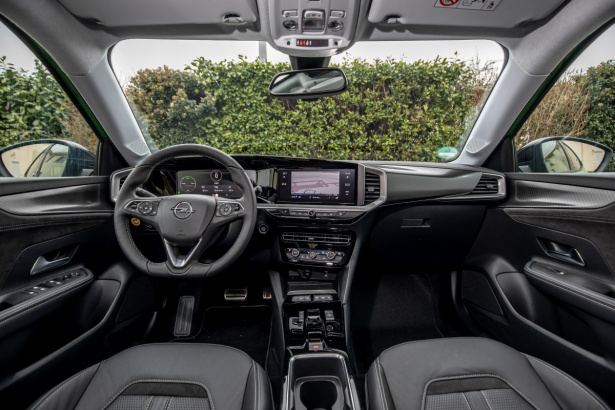 The most accessible version, which accounts for 19% of the mix, displays great pleasure and is sober. It is not offered than with a mechanical gearbox six-speed, also available on the 1.2 Turbo increased to 130 hp.

The fact remains that this engine is particularly attractive because it is the only thermal equipped withan automatic transmission (+ € 2,000), which slightly increases fuel consumption (+ 0.4 l / 100 km depending on the homologation cycle) and suffers from a small penalty (from 50 to 100 €).

But this soft and intelligent auto gearbox benefits well-being.

And only a 6-speed mechanical transmission is available. In terms of approval, this engine suffers from the comparison with gasoline units, but it shows good availability and performance close to those of the 1.2 Turbo 100 hp.

The 1.5 Diesel also shines with its remarkable sobriety, able to appeal to heavy riders.

For its electric version (4 CV), the Mokka uses the same recipe as its cousins ​​from Peugeot and DS: it uses an engine that can deliver up to 100 kW (136 hp) in Sport mode, supplied with “juice” by a 50 kWh capacity battery.

This gives it 322 kilometers of autonomy according to the homologation cycle, and approximately 250 “real” kilometers between two recharges, on a mixed course. 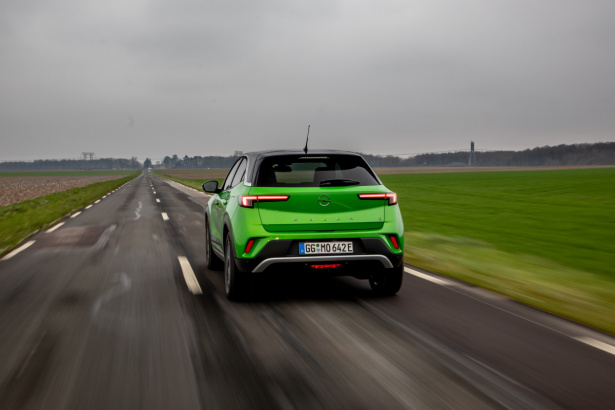 Opel Mokka: an option to choose?

The Opel Mokka in figures

Tesla has just ended a five-year wait by delivering its first Semis. The electric truck has -almost- no more secrets...

She tries to pass the license exam without starting the engine, it looks complicated

Passing the driving test is always a little stressful. But there, this driver has added an additional difficulty. As if...

Mercedes EQT: the production model unveiled and the Marco-Polo concept for campers

Mercedes unveils the EQT, the 100% electric version of its T-Class based on the Renault Kangoo. A Marco Polo kit...

Stellantis has signed a partnership with Qinomic to develop a retrofit solution, to convert light utility vehicles. After Renault, it's...

[Prime Day 2021] 48 hours to benefit from exclusive promotions on Amazon!

Audi would abandon the thermal engine in 2026

An Internet address made up of emojis is now possible!

Snowboarding while being towed by a Bugatti Chiron? Why not !