I tested for you: spectator during an ETCR race

We attended the first rounds of the new Pure ETCR championship, a brand new category of electric touring cars. Story and impressions.

Silence, the departure of the Pure ETCR super final is going to be given. Not a sound. For lack of a heat engine, but also of spectators, we hear the crows croaking. The warm-up lap, like the qualifiers, took place in silence.

But no, inside the Vallelunga circuit, not far from Rome, there is no one other than the guests, collaborators, VIPs and a few journalists. Hush! It feels like a rugby stadium, the moment the opening half concentrates before hitting the penalty.

For the ears, the spectacle offered by the Pure ETCR is confusing. For the eyes … it is a bit disappointing. Six cars, not one more, make up what looks like a mini starting grid during the finals.

That said, they are beautiful: the Giulia, all dressed in red, brings up the rear, preceded by two pretty Cupra Leon between which has slipped another Alfa, and finally the two Hyundai. The latter, who occupy the first line, play with the regulations which require them to have at least 4 doors.

However, these are coupes, Velosers more known for their originality than for their commercial success: this atypical model has two doors on the right side and another on the opposite. What makes three “doors”, to which is added the tailgate. The account is good. So that makes 26 doors (the Cupra have 5 each) ready to do battle.

The fires go out. It goes quickly. And the sound is reminiscent of a child’s radio-controlled car. However, with about 900 Nm and 500 kW (or 680 hp) extracted from four engines to drive the rear axle, things go wild.

And at the end of the first lap, when the pissed off six show up again parallel to the pit lane, a flattering and impressive sound of a turbine precedes them. The future of motor racing will be different, but certainly not bad. And tires that don’t squeal haven’t been invented yet …

One exit from the track and two punctures later, there are only three competitors left at the end of the 7 laps, sure to finish on the podium! But in fact no. They will be qualified for the final round, traveled the next day on a slightly different route! Well, I believe.

Because the course of the races seems almost eccentric: after a draw, groups of six drivers (two cars per team) are formed. Qualification, in just one rolling lap, determines the places on the grid. 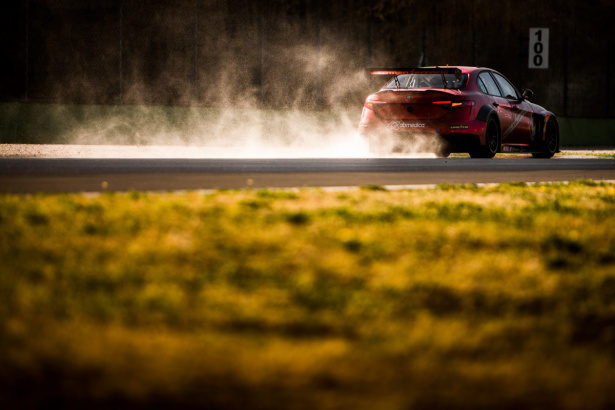 The time for the teams to load the cars, a second round will be launched. With the same six cars, but in the hands of different pilots. It makes no sense…

This is probably to help them assimilate the principle and give them time to digest thatno entertainment was offered to spectators absent: no traveling store, concert or any form of entertainment. This detail, which is not, should however change very quickly.

The spectacle of Pure ETCR, this nascent electric championship, nevertheless deserves to be improved. Like the counting of points and the course of the event, to which even some team members are not acclimated.

We can also dream of new participants, to an enlarged platform where French, German, Japanese, American or Chinese manufacturers would appear. 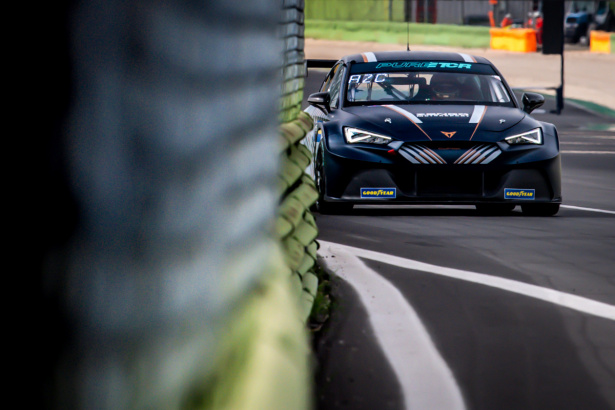 And to a public present, and to other races of different categories organized in parallel, between two recharges, as during the meetings planned in Spain, from July 9 to 11, as well as in Korea, from October 15 to 17.

But in the meantime, the weekend is not captivating enough, even if the heavy cars (1,800 kg each!) Roll fast, in the hands of real experienced pilots and not stingy in overtaking.

Finally, for your information, no race is scheduled in France. But for the first year of this Pure ETCR Championship, it might not be that bad …

The news of the electric competition, seen by auto-moto.com:

The FIA ​​details its unprecedented formula for electric GTs