The domestic robot, from dream to reality

We expected a lot from robot within the house: androids, the robotic housekeeper who would know how to do the dishes, change the sheets and read to the little ones …

The Asimov robot that does everything at home. © Catwalker / Iuliia Bondarenko, Shutterstock

In the fairly near future, robotics will undoubtedly be omnipresent in our homes. Even though the droids of Star Wars are still science fiction, domestic robots already exist. Jean-Claude Heudin, director of the research laboratory of the International Multimedia Institute, tells us about these future companions. © Futura-Sciences

Even though the robotic invested the house, called “house Automation “, It is clear that the first decade of the millennium was not marked by a massive arrival of the robot in the homes, and even less humanoids.

What can we expect from home automation and the home robot?

Home automation and domestic robots can improve daily life in several areas. Some household chores will be done for us through the breathing machine, robot mower … These domestic robots pave the way for many others. There are humanoid robots offering greater possibilities while being more user-friendly (pet robots designed to make everyday life easier). One of the current challenges of robotics is to give robots a better understanding and recognition of objects in their contexts. But this promising market is complex and expensive. 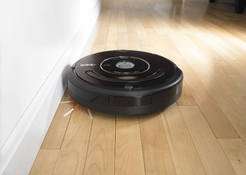 This file offers a non-exhaustive view of the domestic robotics, through the proven successes, the difficulties encountered and the future possibilities.