Augmented reality and its applications

The world of augmented reality is boiling. Projects and innovations are multiplying and becoming strategic for manufacturers. The biggest high-tech companies have even seized on the phenomenon. The objective: to bring the virtual world into our daily lives using connected objects such as Google Glass for example.

In the movie Terminator II, the cyborg T1000 from the future and interpreted by Arnold Schwarzenegger saw information superimposed on the real world around it. Director James Cameron thus gave a foretaste of a application has now become a reality in many sectors. Some projects have been seen as pioneers in matter augmented reality. This is the case, for example, of lenses by Babak Parviz, who then led the development of the Google Glass project. 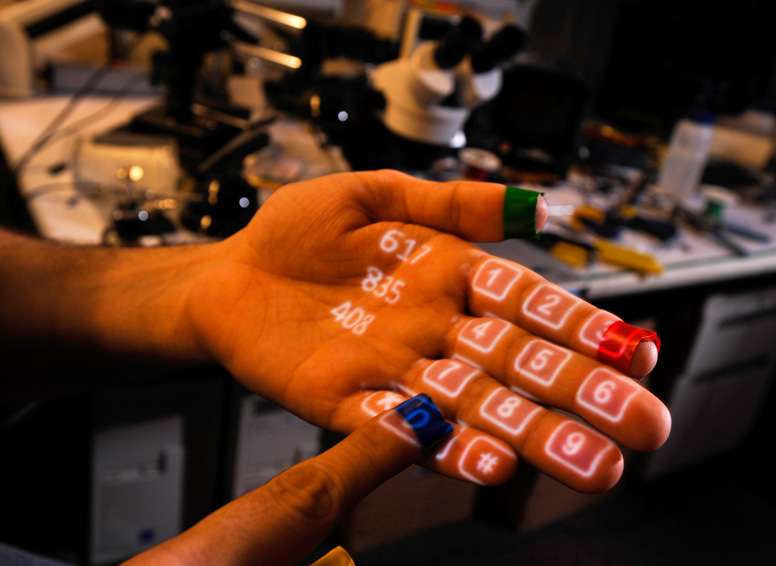 Project Sixth Sense : when your hand is used as a telephone keypad thanks to augmented reality. © MIT

In this file, you are going to discuss augmented reality in different areas. Today, for example, this principle is used in medicine to support surgeons during operations. Augmented reality is also present in the field of defense, in the theater of military operations. It could make our lives easier by allowing us to manipulate 3D images and even by helping us to drive more carefully … These augmented reality innovations could well upset our daily lives.

What are the features of the Amazon Basics MicroSDXC memory card?

microSD, SDHC, SDXC cards… Memory cards are necessary for the proper functioning of many useful everyday devices. If you are...

What is the “post-quantum cryptography” that President Emmanuel Macron talks about?

The SMS is celebrating its 30th anniversary, and it has never been so good!

Back to the history of SMS, still used despite the arrival of instant messaging applications.« Merry Christmas Here is the...

This robot learned to stand on walls to avoid falling

Researchers have equipped a robot with a reflex that prevents it from falling in the event of a breakdown. Using...

The three laws of robotics

The iPhone 11 at 1 euro (+8euros/month), it’s possible at Bouygues Telecom!

Inconvenient parking: can I be fined if I’m in my car?