Techno: the suspension with superimposed wishbones, what for?

This is one of the automotive events of the week and you are unlikely to have escaped it; the very first tests of the new Porsche 911 GT3 have just appeared by the dozen on the Web.

You could not therefore miss technical terms repeated many times over in text and / or video to designate its front suspension: “Superimposed triangles”, “double triangulation” or even “double wishbone” if you are used to following our brilliant colleagues from across the Channel. It is even to believe that some have taken the bet to place the aforementioned words a maximum of times in a minimum of time… Yes, it is certainly jealousy that makes us speak while impatiently awaiting our turn.

Certainly, this is a historic first, since this architecture had never been adapted to a road 911, the star from Zuffenhausen has only used it regularly in racing since 2013 with the advent of the 991 RSR. But it remains to be seen what this changes.

The famous German sports car, like the vast majority of the rest of the automobile production, previously used a McPherson system (named after its inventor) for its front axle.

In this configuration, the single combined spring-shock absorber takes on at least two roles. The first is to absorb shocks. The second is to guarantee one of the suspension’s tie-down points to the chassis. A reliable, economical solution that allows a wide range of settings.

Only downside, especially under the body of a model favoring performance, its geometry evolves with the movements of the body, and rarely in favor of handling. On the outside of the bend in particular, under the effect of the compression of the suspension, the camber angle (that formed by the wheel and the vertical to the ground) becomes most often positive ; the top of the wheel moves away from the vehicle. The point of contact with the road is then essentially at the level of the outer edge of the tire rather than over a large part of its tread. The lateral grip is inevitably altered.

In the case of double wishbones, a second arm, parallel to the first located in the lower part of the suspension, is sufficient for the wheel pretty much retains its initial position at all times.

Better, more often, this upper arm is chosen shorter than its lower counterpart to obtain an angle negative camber when compressing the suspension. Thus, depending on the roll taken in a turn, the top of the outer wheel now tilts towards the vehicle to rest on the ground over the entire width of its tire, obviously for the benefit of grip. 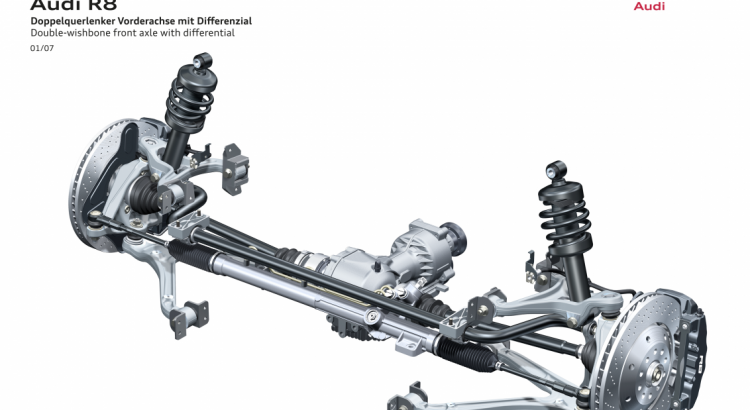 At the same time, the load shedding of the inner wheel and therefore the relaxation of the suspension tend to generate the reverse positive camber, but timely this time; like on the outer side of the curve, the tire works somewhat like that of a motorcycle.

As suspension movements are no longer a source of disturbance to road handling, it can be set much smoother than on a McPherson axle. This explains the excellent walking comfort of an Alpine A110. The Dieppois coupe uses triangles superimposed on the front and rear, in addition to shining by its contained weight, this low mass making vertical body movements easier to brake. 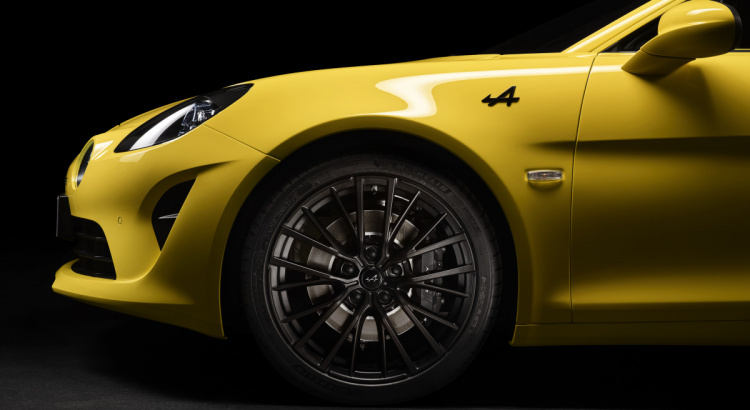 Downside, such a solution turns out to be more bulky horizontally, even if it makes possible the installation of the combined spring-shock absorbers directly on board the vehicle, as is the case on many single-seaters and certain supercars.

Double triangulation also incurs higher production costs in general. Anyway, Porsche now believes that the game is worth the candle on its GT3. And we will be happy to tell you, in a future test, if it is with reason or not.

Techno – The Mercedes S-Class through the ages and its innovations