Porsche imagines the interior of an autonomous car

Last November, Porsche surprised us by revealing the Porsche Vision racing service, a study of style focusing on an autonomous electric minivan. The German firm continues its story by revealing this time its interpretation of the interior of this autonomous car.

As the first images suggested, the driver is well seated in the central position with, in front of him, a four-meter dashboard reminiscent of the design Porsche. It is flanked on either side by two large screens. The comodos and buttons are replaced by effects return controls haptic. 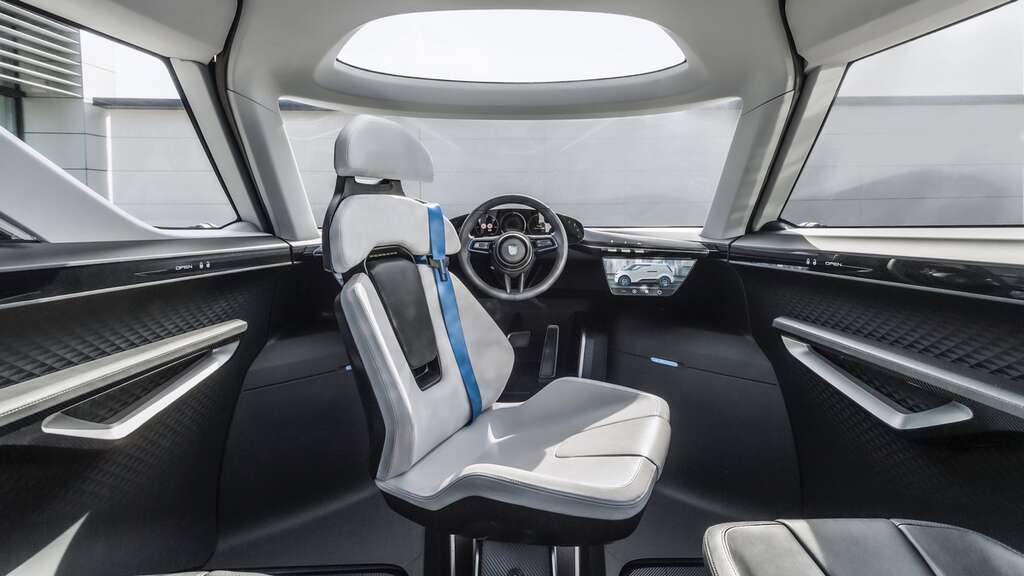 The driver’s seat can be rotated 180 ° when autonomous driving is engaged. © Porsche

When the minivan is in autonomous mode, the driver can turn his seat to face the rear passengers. The central row consists of two individual seats each with their own multimedia screen while the third row is a bench seat that can accommodate three people. We find the minimalist atmosphere of Porsche current and a technological approach after all quite sober and completely realistic.

The German firm has so far never mentioned any electric minivan project. But this style study could inspire future projects.

Another French hospital hit by a major cyberattack

After Corbeil-Essonnes in August, the Versailles hospital center at Chesnay-Rocquencourt has been the victim of massive computer hacking since Saturday...

Kinder to the planet and cheaper: discover the mobile plan of this operator

Saving without depriving yourself while making a gesture for the planet, this is what the Oxygène offer from Prixtel offers...

How does a condenser microphone work?

Whether you're a singer, musician, podcaster, or filmmaker, you'll appreciate the fine, detailed sound picked up by the condenser microphones....

1899: is the final revelation of the first season realistic?

The new Netflix series, from the creators of Dark, ignites the web. From episode to episode, the mystery deepens; with...

Drone Race: For the first time, an AI defeated humans!

Citroën Ami: a four-seater Chinese copy for sale on Alibaba