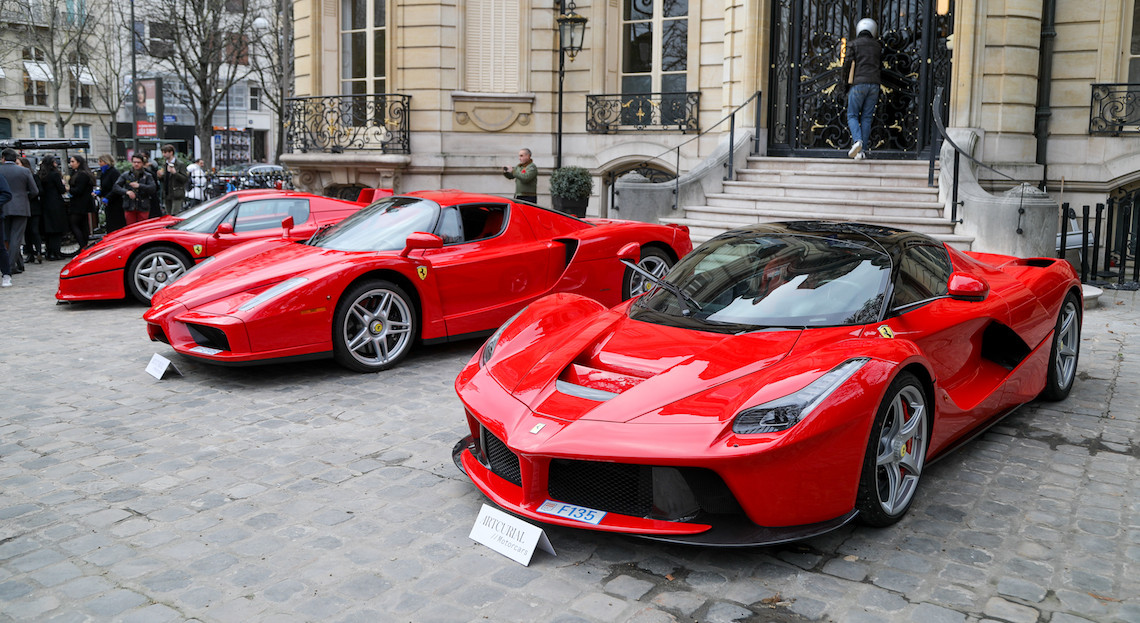 Artcurial, specialist in the auction of exceptional vehicles, has unearthed an impressive collection of Monegasque supercars. Discovery of four of the jewels that will go under the hammer in mid-March.

A few weeks before the Retromobile 2022 show, postponed to mid-March, Artcurial invites us to the courtyard of its Parisian headquarters on the Champs-Élysées. The goal ? Discover a preview of part of the collection offered for sale at the antique fair. Among the eight collections, including 170 cars and 30 motorcycles, one of them deserves particular attention. Called “Monegasque Supercars”, it is made up of eight vehicles from an estate. And it’s not just any cars! Mainly Ferraris, in an incredible state of preservation.

Maître Étienne Léandri, lawyer at the Monaco Bar, had a passion for the Italian brand. In a secure car park placed under his study, he has therefore accumulated jewels, such as the Ferrari F40, F50, Enzo and LaFerrari presented today. All were purchased new, from specialist importer Charles Pozzi in Levallois-Perret, or from the official Monaco Motors distributor. Pampered, they have never been out in the rain and have extremely low mileage: 952 km for the LaFerrari, 1,318 km for the F40, 4,760 km for the F50 and 13,284 km for the F40.

Matthieu Lamoure, Managing Director of Artcurial Motorcars, confirms: ” You cannot imagine the emotion of opening the doors of a Monegasque garage to discover the four Ferrari Supercars, these models that make us all dream! When you learn that they are first hand and have so few kilometers, then you say to yourself that you are in front of a treasure, so sought after because not found today on the market “. The estimates, which are very high due to the scarcity of the models, range from a minimum of 1.3 million euros for the F40 to a maximum of 3.5 million euros for the F50. But, the market being what it is, prices could well soar during the sale, scheduled for March 18, 2022 in Paris.

Other new vehicles in the collection

Apart from these four exceptional Ferraris, which could go back together to a single collector, other models make up the catalog: Ferrari 599 GTO F1 and 458 Italia, midnight blue Lamborghini Murcielago in rare manual gearbox or even Abarth 595 Ferrari Dealers Edition, in the colors of the Maranello brand. See you soon on Auto-Moto to find out more about the Retromobile sale and the show.

More than 2.4 million euros for this Ferrari 288 GTO

A motorist driving a Volkswagen Golf 8 Type R was arrested by the Marne gendarmes at 264 km / h...

Morgan Super 3: info and photos of the new English three-wheeler

DS9 facelift: why should it arrive sooner than expected?

Without a license and pursued by the police, his car lets go!