Attack with grenade or automatic weapons: the S680 Guard, the ultimate armored version of the Mercedes S-Class, does not fear much.

It takes a trained eye to distinguish this version from a “small, classic and modest” S-Class from afar. But if, despite the explosions around it, it continues to progress, it is of an S Guard.

This name corresponds to “secure” models, that is to say shielded. And the specificities of this model do not stop at simple reinforcements at the level of the windows and doors …

Fire extinguishers integrated into the chassis to fight the fire, emergency fresh air to protect the occupants of the passenger compartment in the event of smoke, armored trunk partition and hydraulic window lift system, nothing is left to chance to secure passengers.

As for the armor, Mercedes has passed a milestone: this new version adopts multilayer windows partially made of a shatterproof material.

It meets the VR10 standard VPAM (a specific body related to armored vehicles), i.e. the highest level of protection for civilian vehicles. The previous version responded to the VR7.

Its weaknesses? The headlamps and the front part, in particular with a grille designed to receive blue flashing lights, acting as rotating beacons, are not armored. 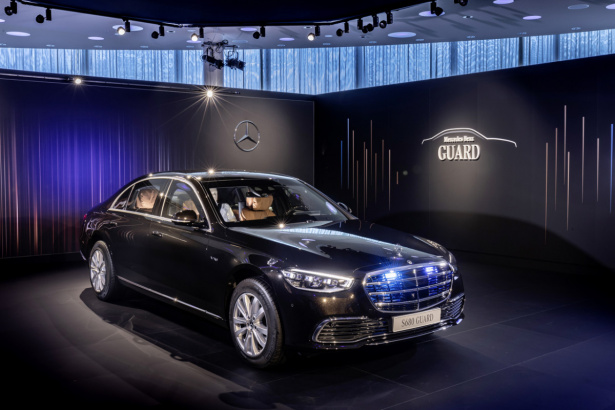 More with a V12, Mercedes specifies that the engine can “take” a few bullets without suffering, and thus continue to move the car.

This mechanical turbocharged cube 6 liters of displacement, developing 612 hp and 830 Nm of torque. It benefits from a reinforced 4Matic all-wheel drive.

This S-Class, extremely heavy and often intended to travel in convoy, is however limited to 190 km / h at top speed.

Michelin tires are obviously prepared for the worst: once punctured, thanks to a kind of second tread in the structure, they are able to support the S-Class for a good thirty kilometers. 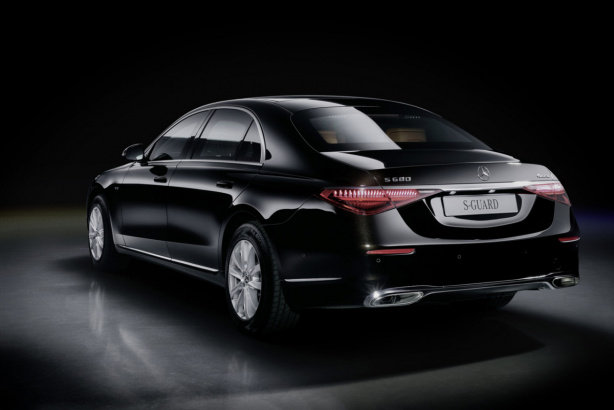 In this configuration, however, this S-Class is not sold in North America and China, for homologation reasons. And its price is up to its services: 547 400 € !

The “armored” news and new Mercedes products, seen by auto-moto.com:

This Ferrari 458 Speciale is fully armored

It's the return of the guys from AutoTopNL! Again on the German autobahn and again in a supercar. Here it...

Asked about his sublime Mercedes-Benz SLR, this Apple executive tries a joke and gets fired!

Approached by a famous TikToker, Tony Blevins, Apple's vice president of procurement tried a touch of humor. Unfortunately for him,...

On this limited edition of the DS 9, all the equipment is standard. Prices are skyrocketing! It may be discreet...

3 questions to ask yourself before buying your new car

Which model to choose? Which engine for which use? What are the administrative procedures to be carried out to drive...

Harley-Davidson Pan America 1250 test: our opinion on the handlebars of the American maxi-trail

Mercedes is the most popular brand among singers