Toyota Yaris 2021: which version to choose?

The “made in France” is one of the arguments of the Yaris. Corn its production line, near Valenciennes, is now “encumbered” by the arrival of the small SUV Yaris Cross.

Results : half of the Yaris will now be assembled in the Czech Republic. The Japanese city car has other advantages, however, starting with a hybrid engine renowned for its sobriety in the city and its pleasure.

From this new generation, the Japanese also released a new GA-B version of the TNGA platform.

If this sounds only specialist jargon, it mostly means that the versatile city car has evolved, with improved rigidity and a lowered center of gravity.

Driving dynamics have improved considerably. While remaining very manoeuvrable, the Yaris shows itself indeed more pleasant than ever.

The Japanese, still very compact, with 3.94 meters long, and sold exclusively with 5 doors (except GR Yaris), was elected Car of the Year 2021.

It is more generous in terms of roominess than its ancestors, especially at the rear, and benefits from good standard equipment.

This Yaris, which on the other hand is satisfied with a small chest, has plenty of storage, a modern presentation and a serious finish, despite materials hard to the touch.

Note also that she enjoysa guarantee of 100,000 kilometers, extended over three years.

It is satisfied with 15-inch wheels with hubcaps, but can count on the automatic air conditioning, “hands-free” access / start, automatic code / headlight switching, electric parking brake and automatic switching on of the wipers and headlights.

The electric rear windows complete an endowment that can be enhanced with options not available on the basic version.

It has a two-tone body, 17-inch rims and its window surrounds and grille inserts are lacquered black.

It abandons its double trunk board, in favor of an 8-speaker JBL audio system

Our advice: Unless you have a weakness for posh equipment, the Design version is the most recommendable: it displays the best price / convenience / equipment ratio.

The Yaris in versionn Hybrid

Combining a 92 hp 3-cylinder engine with an electric motor developing the equivalent of 80 hp, the Yaris Hybrid displays a cumulative power of 116 hp.

Capable of more than honorable performance on expressways, the Toyota shines especially in town, where its electric motor is enough to move it up to around 30 km / h, when you accelerate lightly.

If the commercials speak of a “self-recharging” technology, it should be kept in mind that the small battery is recharged during braking and deceleration, even by overconsuming a little fuel in some cases.

However, it shines by its sobriety and, compared to its predecessor, is quieter during acceleration, despite its continuously variable transmission.

Our advice: It is as a hybrid that the Yaris turns out to be the most advisable, in particular for those who circulate regularly in the city. 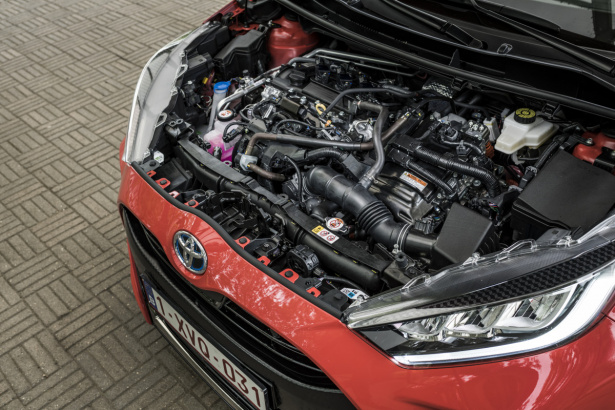 The Yaris in essence

The Yaris also exists in a 100% thermal version, without any electric assistance to support the three-cylinders.

These versions are called 70 VVT-i when they have 1.0 liter, and 120 VVT-i with the 1.5 liter. But they sell little, representing between them barely 14% of French sales of Yaris.

The less powerful, more fuel-intensive, starts at € 18,250. The second, more interesting and whose consumption is announced at 5.2 l / 100 km according to the homologation cycle, is negotiated from 19,450 €.

Another model sold: the GR Yaris, a sparkling sporty with permanent all-wheel drive, the 1.6 liter of which boasts 261 hp.

An impressive nugget, which has more potential buyers than expected deliveries. First prize: 35 600 €.

Our advice: the hybrid version will always be the easiest to sell. But if you have to choose a 100% thermal variation, the Yaris 120 VVT-i, barely more expensive than the 70 VVT-i, is the best choice. Except to favor the “collector” GR Yaris…

Toyota Yaris: an option to choose?

The majority of the options are offered through the pack. However, the space saver spare wheel remains accessible on its own, against € 150, as does the towing hook, for which it is necessary to add € 750. 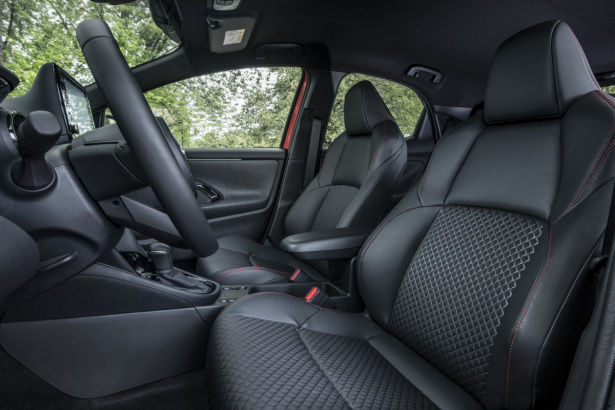 The Toyota Yaris in numbers

Buying advice for new or used Toyota, by auto-moto.com:

Toyota Prius +: Should You Buy It Again?

Aiways arrives in Thailand with a factory and a contract for 100,000 electric cars

Is it the bend that will change Aiways' situation? The Chinese start-up has just announced the installation of a factory...

Aiways arrives in Thailand with a factory and a contract for 100,000 electric cars

Is it the bend that will change Aiways' situation? The Chinese start-up has just announced the installation of a factory...

This robot changes colors according to its environment, like a chameleon