Endurance: Cadillac returns to the 24 hours of Le Mans in 2023

The American firm announces that it will redouble its efforts at the highest level of endurance from 2023 to fight in the IMSA as in the World Championship (WEC).

And one more ! After Cadillac’s official announcement, the list of major endurance manufacturers expected by 2023 is growing a little more. According to the various declarations made in recent months, the commitment of the Detroit firm is in fact added to those d’Audi, Porsche, Toyota or Peugeot. This bodes well for great battles, including the next editions of the 24h of Le Mans.

Because the American brand will opt at this time for the LMDh formula, a prototype architecture also favored by BMW and an alternative to the Le Mans Hypercars. A choice allowing him to always compete in the United States, where “Cad” shines in IMSA, while integrating the world championship (WEC) of which the Le Mans event remains the flagship event. Not hiding being a candidate for general victory on either side of the Atlantic, the GM group subsidiary is thus based on the principle of convergence established between the two series.

The news gives the opportunity to remember the snores of the Northstar V8, when the black and silver LMPs sped through the Sarthoise countryside at the dawn of the 2000s, notably under the colors of the French team DAMS.

For future campaigns, Cadillac is extending its association with Dallara, one of the four eligible LMDh suppliers and already manufacturer of the chassis of its double IMSA champion DPi (2017 and 2018). 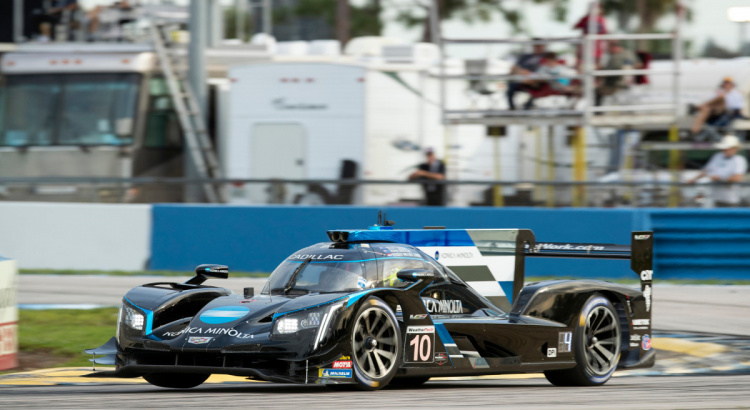 Their debut is expected for the 24 Hours of Daytona, in January 2023, the double floridian clock tower being the traditional opening round of the IMSA championship.

Until then, it is very likely that more manufacturers will still show their interest in the endurance elite.

24 Hours of Le Mans: a legendary manufacturer joins the race

Lamborghini will join the WEC and IMSA endurance championships in 2024 with an LMDh prototype and compete in the 24...

Contest game: win a Estéban brand car diffuser Take part in the Auto Moto quiz and try to win an...

Peugeot 205 PSE: our tribute to the restomod-style 205 GTi

And if the Peugeot 205 GTi entered the modern air? We gave it the recent stylistic codes of the Lion...

This old Dacia Lodgy is one of the most affordable 7-seater models on the market. Its behavior is very correct...

A screen in a contact lens? The vision of the future is coming!

Fuel: the price of a barrel is still rising

New BMW 2 Series Active Tourer 2022 test: at the wheel of the compact minivan in 220i