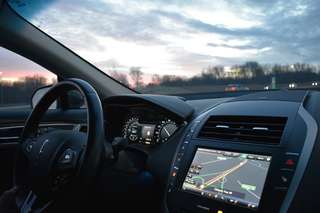 [EN VIDÉO] Kézako: how does a GPS work? The GPS (Global Positioning System), present in many land, air and sea vehicles but also in a majority of smartphones, is now part of our daily lives. Unisciel and the University of Lille 1 explain to us, with the Kézako program, how this system works and reminds us of its history in this short didactic video.

When you enter a trip on your GPS, we usually have the choice between the shortest and the fastest. But isn’t the real question to know which is the safest route? This is the question asked by researchers at thetexas a&m university. To do this, they compared the safest and shortest routes between five very dense areas of Texas: Dallas-Fort Worth, Waco, Austin, Houston and Bryan-College Station. This includes 29,000 different routes, and they found that taking a route with an 8% reduction in travel time could increase crash risk by 23%.

« Like the guidance systems aim to find the shortest path between a starting point and an ending point, they can lead motorists to take routes that can minimize travel time, but which, at the same time, carry a greater risk of accidents writes Dominique Lord, a professor in the Zachry Department of Civil and Environmental Engineering.

For this study, researchers collected and combined road and traffic characteristics, including their geometric design, number and width of lanes, lighting and average daily traffic, weather conditions, and historical data. on accidents to analyze and develop statistical models to predict the risk of being involved in accidents.

Published in the transport journal Transportation Research Part C, the study thus revealed inconsistencies in the shortest and safest routes. In good weather, taking the shortest route instead of the safest between Dallas-Fort Worth and Bryan-College Station will reduce travel time by 8%. Nevertheless, the probability of an accident increases by 20%. The analysis suggests that taking the longer route between Austin and Houston with an 11% increase in travel time leads to a 1% decrease in the daily probability of accidents.

Overall, roads that pose a higher risk of accidents include poor geometric designs, water drainage issues, lack of lighting and a higher risk of collisions with animals. Consequently, these experts propose a new system architecture to find the safest route using navigation systems, with the integration of an algorithm that obviously takes into account current traffic, but also the history of the design of the roadway and any accidents.

Prioritize safety over the duration of the journey

« Our study revealed the potential of applications road navigation systems commonly used to direct users to use a road that carries a higher risk of accidents, implying the need to consider safety in route finding writes Soheil Sohrabi, study co-author.

In this new system architecture for finding the safest route, the researchers said that after receiving the travel destination and time, the algorithm identify routes using road network data and possible incidents, including road or lane closures due tofloods or accidents. The system would also take into account road characteristics, historical crash data, traffic information and current weather conditions. The route with the lowest cumulative risk would then be suggested as the safest route.

« Navigation based on safety, rather than travel time, can help prevent accidents and promote overall safety on the road network and potentially save lives concludes Lord.

Meta continues to develop its embryonic metaverse and has just announced the availability of its Horizon Worlds virtual social platform,...

You will also be interested humanoid robots Humanoid, android or gynoid robots: what's the difference? A tweet posted on June...

You will also be interested Interview: why build humanoid robots? The android is arguably the most mechanically complex type of...

Offer to grab: the MICRO X21 electric scooter is at a knockdown price on Cdiscount

Electric scooters are great for getting around town easily. They are compact, light and can be stored easily which is...