“I think we did a good job”. To qualify the work done on the Macan, which takes advantage ofa second restyling after the one at the end of 2018, the design manager shows his satisfaction.

It is not, however, as if this SUV launched in 2014 was metamorphosed; the front apron appears more airy, while the prominent extractor, the three new body colors and the seven new rims are the other most notable developments.

All the engines show an increase in power, like of the 2.9 V6 of the S version, which grabs 26 hp and 40 Nm of couple. But still no trace of hybridization, and that’s the problem …

Without “electrification”, there is no salvation. Because in France, whatever its mechanics, the Macan embarks with it a systematic penalty of € 30,000.

His successful commercial career with over 600,000 units sold worldwide, now appears to be heavy in our regions.

Behind the steering wheel, perfectly vertical, nothing changes: with still improved running gears and a front axle offering good feedback, the German remains a concentrate of fun.

Porschists purists bottle-fed the 911 may not see it as one SUV among many, but this model remains the most dynamic in its segment.

Precise, agile, efficient, the Macan twirls from curves to turns without rolling or pitching, with disconcerting ease. Never overwhelmed by its weight, always able to tighten a trajectory, it can even take advantage of the torque vectoring system (1,500 €), to increase its traction.

The driving modes also operate on pneumatic controlled suspension (€ 1,488) capable of generating stiffness… or a very acceptable level of comfort.

In terms of dynamic performance, there is always a gulf between what offers a Macan, imperial, and what are capable of potential competitors, more recent but sporty, badged Mercedes, BMW or even Volvo. 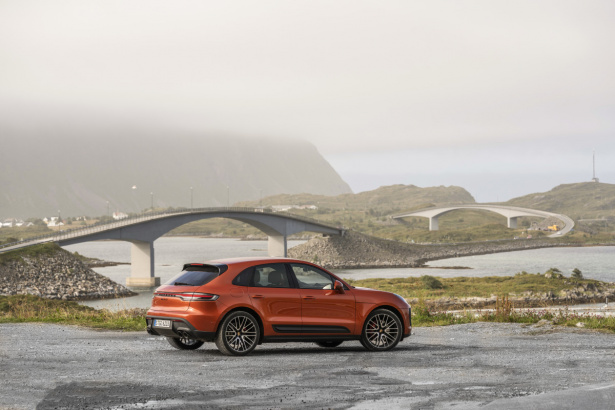 The biturbo V6 benefits from a nice tone of voice and buries the basic 4-cylinder engine (265 hp), powerful but without any magic. In “S”, the Macan is thus very homogeneous, capable of moving but also of rendering the services that one expects from such an SUV.

We could however regret the absence of digital instrumentation or “hands-free” starting, but the central tachometer and the ignition key to the left of the steering wheel, atavisms from another era, remain endearing details.

We will have to reckon with them until the end of the career of this version, which should remain on sale in parallel with the future 100% electric Macan, completely new, expected in 2023.

But to the murderous penalty that this SUV must face, is added an unchanged pricing policy, inviting a prolonged and very expensive passage to the list of options.

A dynamic benchmark in the segment, the “new” Macan, with slim evolutions, remains a tasty model. But its price, the use of the options it imposes and its XXL penalty invite you to look at competing models … 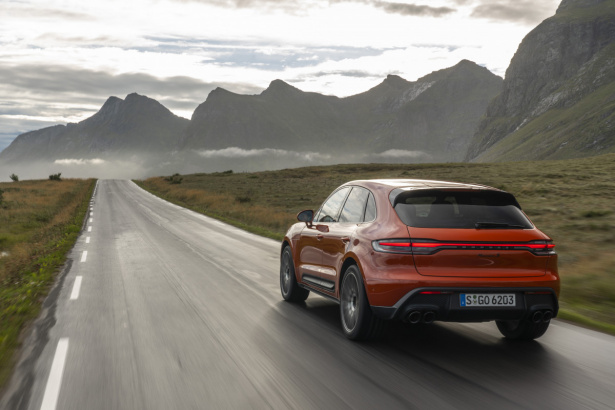 A Porsche Taycan Cross in the boxes?

Kia is using CATL battery cells for the very first time for the new generation of the Niro EV, whereas...

Hydrogen – Volvo Trucks presents a fuel cell truck with a range of 1,000 km

Volvo Trucks presented a model of semi-trailer tractor unit equipped with a fuel cell and capable of having a range...

By the end of the year, e-Vadea will have 13 stations on the APRR and Vinci motorway networks. The project...

Dacia Sandero: it is the best-selling car in Europe

Free Mobile: 90 GB at only €8.99, the ideal mobile plan to prepare for your summer vacation