Toyota Proace City Verso test: at the wheel of Survivor!

In January 2022, the information fell like a hair on the soup: in civilian version (with rear seats), the Berlingo and Rifter, like their twin Opel Combo Life, are no longer sold with combustion engines.

Only the 100% electric versions remain, with their actual range just over 200 kilometers. Models as easy to sell as suitcases without handles.

Why such a decision ? A dirty story of CO2 emissions, called the CAFE standard, which forced manufacturers to lower the average rate of emissions on their cars sold in Europe, even if it means extracting family-oriented vehicles from the catalog and still in the game.

In the case, however, there is a winner, whose extended name may mean nothing to you: Toyota Proace City Verso. It is still a clone of Berlingo and others which, thanks to the widespread hybridization in the range of the Japanese manufacturer, is not threatened with extinction.

He is the only one of the quadruplets to retain “combustion” engines. The deal has changed and, to face competitors that have become rare, including the Renault Kangoo and the Volkswagen Caddy, there is only him left.

If you know the Berlingo, you know all about the Proace City Verso. It’s the same, except for a few aesthetic details.

The grille obviously changes, as does the logo on the steering wheel. But the insides are the same, from the engine to the running gear and the passenger compartment. Not surprising, therefore, to discover a gigantic and convivial space inside.

taller than wide, this Japanese produced in Spain is the archetype of the very practical family car, with which it is possible to transport car seats and a stroller and, as a bonus, to go to flea markets and bring back a small chest of drawers.

There is room for everyone, including the superfluous, especially in the large hinged box suspended from the ceiling, accessible from the boot.

The rear seats do not slidebut we travel there comfortably, especially on board the most upscale finish, when the 2/3-1/3 bench seat is replaced by individual seats. 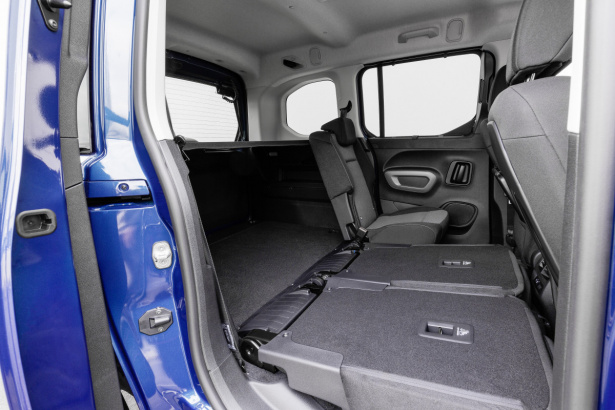 Access via the sliding side doors, fitted with descending windows, proves to be very practical in everyday life, and storage space is omnipresent on board.

Finally, for the children in the back, the glass roof (750 €) allows you to observe the stars or, even better, dimmable mood lighting allows “Poupette” to read her little book, without disturbing the driver. A small detail that is worth its weight in gold on certain journeys.

Driving, if the driving position is more reminiscent of the van than the sports car, this position is comfortable.

The gearbox lever falls naturally to hand and the touchscreen interface is easy and intuitive.

The Nippon embeds in the Design finish the front and rear parking radars, the reversing camera, the automatic switch from “full headlights” to dipped headlights and thelane keeping assist.

The technical base, made up of an EMP2 platform front, shared with DS7 Crossback and Peugeot 3008, and a rear axle taken from the old Citroën Berlingo, contributes to perfectly matched handling and road performance. the page.

Except that the imposing volume of the Proace leads a slightly higher noise level than on board a sedan. But the whole remains pleasant, especially with the 1.2 petrol engine which, even in its basic version of 110 hp, corresponds to what is expected of a family car.

Inefficient but flexible and rather sober despite the size of the Proace, this three-cylinder block allows not to play too much the gearbox, which becomes automatic on the higher 130 hp engine (from €26,660). 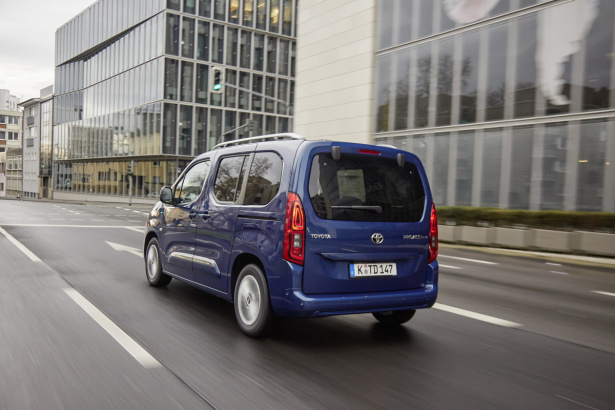 Rational and practical, family-friendly and very spacious, the Proace City Verso, which benefits from the Toyota brand image, has something to delight families. But its MPV profile puts it in direct opposition to a Renault Kangoo with its incomparable notoriety.

MAIN OPTIONS OFFERED (depending on finish)

An Uber driver took advantage of a race to steal the keys to the Ferrari of one of his customers,...

The general meetings of Shell and TotalEnergies were stormy

An Internet address made up of emojis is now possible!

The streets of Paris are yours with the release of 8 new circuits on Mario Kart 8!