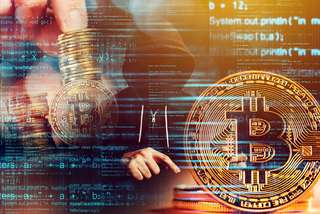 Ransomware, or ransomware, is usually accompanied by a demand for payment in bitcoins. In 2021, this activity remained very strong. However, the defense is organized and the American authorities sometimes manage to recover part of it.

The ransomwaresWhere ransomware, have become the biggest IT threat to businesses. As a reminder, a ransomware applies to encrypt all the files of a company, making them impossible to decrypt. The hacker then manifests himself by demanding a ransom in exchange for the decryption key.

In 2020, 70% of computer attacks were transactions related to ransomware. However, there is a constant for most of these attacks: the use of bitcoin for the payment of ransoms so that hackers can recover their loot without being identified in most cases.

A large number of attacks from Russia

It appeared that, on the Russian continent, this activity seems favored by the tacit support of certain States, the Russian Federation among others, this type of attack being perceived as an element of destabilization of the Western bloc.

In 2021, if the Crypto Crime Report, the loot relating to ransomware would currently amount to 602 million dollars – against 692 the previous year. However, the study estimates that not all cases have yet been identified and that this figure should be higher at the end.

However, in 2021, the Russian group Conti was the source of the strongest strain of ransomware with a total of 180 million dollars extorted in the process.

The attack of Colonial Pipeline – an American pipeline system – by ransomware Darkside also featured prominently in the study and grossed $75 million. However, because each transaction is recorded on the blockchain of bitcoin, the US Department of Justice was able to find the trace of half of the sums thus stolen and recover them. This situation has led some attackers using ransomware to turn to another blockchain, Monero, which is supposed to provide better anonymity. Finally, the study notes that the average amount of ransoms increased from 88,000 dollars in 2020 to more than 118,000 dollars in 2021.

Remember, if needed, that it is possible to protect oneself ransomware as much as possible through various advanced tools from some virus vendors.

European protectionism: which electric cars could be deprived of purchase aid?

Polestar 6: it’s official, the sixth model will be an electric roadster!